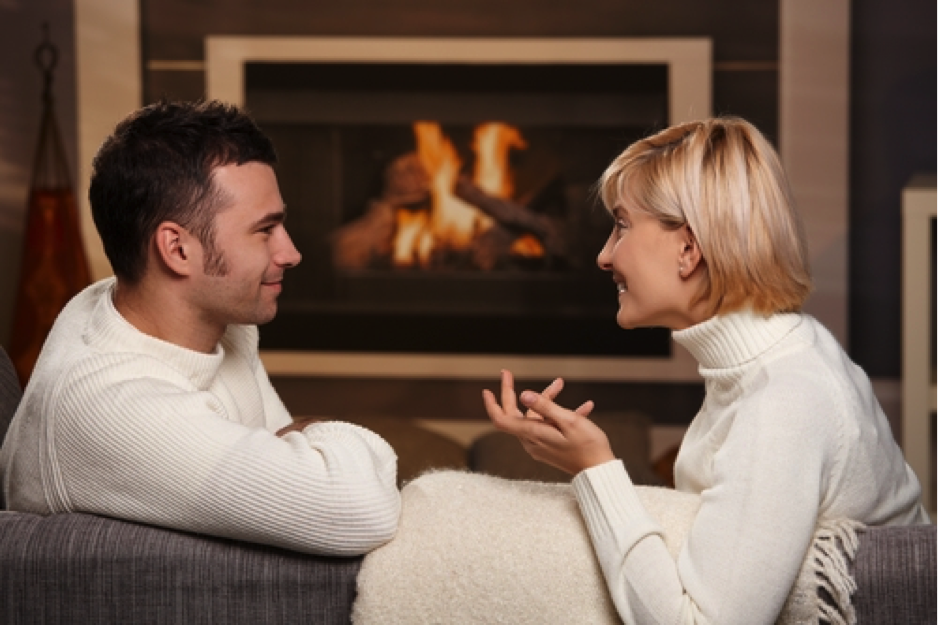 Is your partner’s loud snoring keeping you awake at night? Do their frequent pauses in breathing and gasping for air when they start again making you afraid for their health? If so, it may be time to talk to your bed-partner about getting treatment for their snoring. Approximately 20 million American adults suffer from sleep apnea, so it may not be much of a stretch to believe that your loved one may be one of them.

Untreated sleep apnea can lead to a number of health and general wellbeing problems including excessive daytime sleepiness, morning headaches, restless sleep, cardiovascular trouble, depression, and more. What’s even scarier is that many people may not even be aware that their sleep habits are contributing to their declining health, making it ever more important for you, as the bed-partner, to bring it to their attention and discuss with them about seeking treatment.

Tips for Talking to your Partner about Sleep Apnea

At The Alaska Sleep Clinic we get thousands of patients every year walking through our doors seeking treatment for sleep disorders. Many of these patients would never have sought therapy for their disorder if it weren’t for their partner’s insistence. A number of these same patients grumbled and complained as they weren’t convinced their snoring was any real concern, but after having their sleep study and receiving treatment, these same folks began to see a world of difference in their everyday alertness, health, and overall happiness.

Some people just need a nudge in the right direction by the right person. Unfortunately, the right person may not always be sure of the best way to approach their partner. That’s why we created a list of tips on how to talk to your partner about sleep apnea.

It’s never a good idea to go into a conversation without having any facts or information to back up your concerns. Therefore, before beginning the conversation get your ducks in a row. Observe their sleep behaviors and do research to determine if their sleep troubles are a real cause for concern. There are many quality resources available online for you to look through, but here are two great articles to look over before beginning your discussion. The first lists 7 common signs and risk factors associated with sleep apnea. The second article details the methods of diagnosing sleep apnea, and the various treatments and therapies.

7 Signs and symptoms of sleep apnea

How to Diagnose and Treat Sleep Apnea

Once you’ve armed yourself with facts about the dangers of sleep apnea, and you’ve observed their behavior enough that you know there’s a strong probability that they have a sleep disorder, it’s time to approach your partner.

There’s no real easy way to tell somebody that they need to seek treatment for a problem. The best you can do is to be honest with your partner about your concerns. Show them the facts you’ve discovered about sleep apnea, and tell them about the treatments you’ve discovered and the health benefits of seeking help. Try not to focus on the negative aspects of what the snoring and apnea events are doing to their health and your own sleep. Instead talk to them about the benefits of treatment: How they’ll get better sleep at night, be more awake and alert during the day, they’ll have less morning headaches, and their likelihood of developing serious medical problems will be greatly reduced.

Some people refuse to believe anything they can’t see with their own eyes, and others may think you’re over exaggerating the severity of their nocturnal behavior. So for these people–show them their disorder. You can do this before the discussion, but it’s best not to surprise them with the evidence of their sleep behavior. Rather, if your partner is unwilling to believe their snoring is a concern, put them test and tell them you’d like to record their nightly behavior, and if after watching the tape they’re still not convinced they have a problem, that you’ll drop the discussion.

You can either have a camera on hand and be ready to video tape their apnea events after they’ve gone to sleep and their snoring and gasping has woken you from sleep, or you can set up a video camera on a tripod to either film the entire night (battery and storage willing) or program it to take video at intermittent times.

Once they witness what happens to their bodies when they stop breathing many times during the night and begin again with loud, choking gasps, they will more than likely not only be willing to admit they have a problem, but be ready to seek treatment immediately.