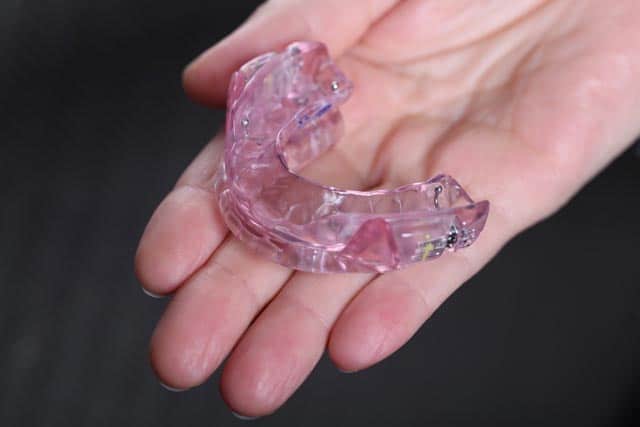 Approximately 34 million Americans suffer from some variation of temporomandibular disorder (TMD) which is about 12% of the total population. It is a set of conditions that take place at the joint where the lower jaw meets the skull and causes pain and inflammation around the joint for the sufferer.

Signs and Symptoms of TMD

• Clicking, popping, locking in the jaw

• Extreme wearing down of teeth due to grinding

• Pain when eating or yawning

• Teeth not touching anymore when biting

• Dull aching pain in the face

While there are many causes known and unknown of TMD, stud­ies have indicated a close connection with sleep apnea. One such study discovered that 1/3 of their TMD patients undergoing polysomnography suffered from obstructive sleep apnea.

Conversely, another study found that 75% of subjects diagnosed with sleep apnea had chronic pain indicators associated with TMD; it was concluded in this study that, given the high incidence rate between sleep apnea and TMD, patients with a sleep apnea diagnosis being fitted for an oral appliance be screened for TMD.

There is some speculation as to why this connection has been mostly overlooked but one of the most apparent is the extreme difference in the typical sufferer of TMD and sleep apnea. TMD is most prominently diagnosed in females during the ages of 20 to 40; Sleep apnea is primarily diagnosed in older men. This dis­crepancy could result in many individuals not being screened for both and suggestive of a lower overall co-morbid prevalence rate.